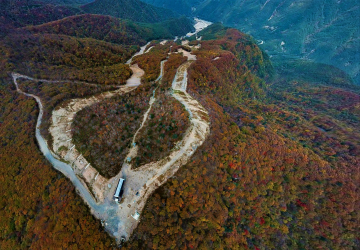 The full version of the ‘Mount Gariwang: An Olympic Casualty‘ documentary is now available! You can watch the original English version, or the Korean version. Both come with the option of closed-captions (click on the ‘cc’ button in the bottom right of the video window). See the English trailer here, and the Korean trailer here.

When PyeongChang, South Korea won the bid to host the 2018 Winter Olympics, the fate of Mount Gariwang changed. Formerly a protected area, a 500+ year old ancient forest on Mount Gariwang was razed for a two-week event. ‘Mount Gariwang: An Olympic Casualty‘ grapples with questions about environmental issues, politics, and the Olympic Games, and about relationships between democracy and the ‘greatest show on earth.’ Transcending sport mega-events and geographical boundaries, questions asked in the documentary include: what inequalities are perpetuated in environmental controversies?; how are environment-related decisions made and whose voices are featured or marginalized in the process?; what assumptions underline dominant approaches to ‘sustainability’ and how do they influence our ability to imagine alternative and preferred ecological and socio-political futures?

This documentary is based on Liv Yoon’s PhD dissertation research. In the documentary, Liv interviews various stakeholders in relevant locations around Mount Gariwang to capture different perspectives and provoke reflections about environmental issues, politics, sport mega-events, inequality, globalization, and development. The documentary is aligned with SSHRC-funded research, led by CSS Director Brian Wilson, on Sport Journalism, Peace and Environmental Issues.

Supported by the CSS and School of Kinesiology, this documentary was an experimental collaboration between academics — Liv Yoon, former doctoral candidate in UBC’s School of Kinesiology and Liu Scholar at the Liu Institute for Global Issues, and Brian Wilson, Director of UBC’s CSS and Professor in the School of Kinesiology — and Vancouver-based journalists and filmmakers Jordan Wade, David Gauthier and Connor Lang (see Jordan and Connor’s company Storyhero Media).