Centre for Sport and Sustainability
Home / About / Why UBC?

UBC ranks consistently in the top forty research universities in the world. Through the School of Kinesiology, we have an internationally recognized group of scholars and students working in areas encompassed by the Centre including

UBC also excels in sport. UBC Athletics and Recreation Thunderbirds have achieved 80 CIS national championships, 150 Canada West championship, and have produced 231 Olympians winning 64 medals. UBC athletes maintain a high academic standard, consistently having a high number of Academic All-Canadians (achieving a GPA of 80%); in 2010-11 they were the highest in Canada with 107 AACs. They manage 8 major facilities and the largest sport field complex in Canada. UBC also has a history of hosting major events. Ice Hockey and Sledge Hockey games were held at UBC during the 2010 Vancouver Olympic and Paralympic Winter Games. More recently, they held a Davis Cup World Group tie in 2012 and will play host to the 2014 Special Olympics Canada Summer Games. 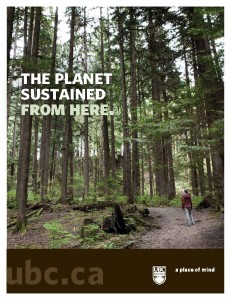