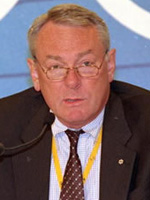 Richard Pound is a Canadian lawyer, partner of the law firm Stikeman Elliott, the former president of the World Anti-Doping Agency (WADA) based in Montreal, and former chancellor of McGill University. He is a former vice-president of the International Olympic Committee (IOC) and was a one-time candidate for the presidency of that organization. Richard Pound’s talk will be “Marketing the Olympics” 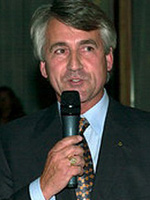 Klaus Schormann is the president of the International Union of Modern Pentathlon (UIPM). Klaus Schormann’s presentation is entitled “Governing and Olympic World Federation” 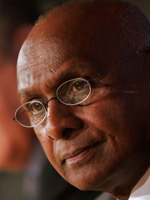