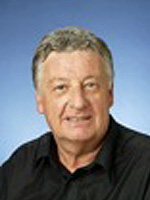 Prof. Philippe Bovy is an Emeritus Professor of Transportation at the Swiss Federal Institute of Technology in Lausanne (EPFL) Switzerland. He is a lecturer at AISTS Postgraduate Program in Sport Management and Technology in Lausanne, Switzerland. Bovy has forty years of activity and experience in transport planning and traffic system management teaching. He has conducted research and consulting in Switzerland, France, Portugal and the U.S. with project development and academic involvement in 20 other countries, covering all continents. Bovy has specialized in mega event transport planning and design since 1980. He played an important role in the preparations for the 1984 Sarajevo Winter Games and the 1998 Nagano Winter Games. He has been a transport IOC advisor since 1996. He has done Olympic transportation system development monitoring of Sydney, Salt Lake City, Athens, Turin, Beijing, London and the Sochi Olympic Games. He is an Evaluation Committee member for applicant and candidate cities for the 2012, 2014 and 2016 Olympic Games and for the 2010 and 2012 Youth Olympic Games. 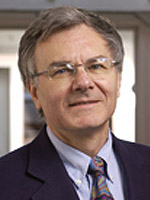 Prof. Jean-Loup Chappelet has been a professor of public management at the Swiss Graduate School of Public Administration (IDHEAP) of the University of Lausanne, since 1993. He has served as the IDHEAP Dean since 2003. He received his PhD from the University of Montpellier in France and a MSc from Cornell University in New York, where he also held teaching and research positions (Fulbright Fellow).  Dr. Chappelet specializes in sport management and sport policy with a particular emphasis on the organization of Olympic Games and other sporting events as regional and national public policies. He is the director of the MEMOS (Master Exécutif en Management des Organisatons Sportives) program supported by Olympic Solidarity. Dr. Chappelet has authored several books and many scientific articles on sport management and the organization of the Olympic Games. He is a member of the editorial boards of the journal of Sport Management and of the European Sport Management Quarterly. He was a member of the original team which conceived the OGI (Olympic Games Impact) framework. 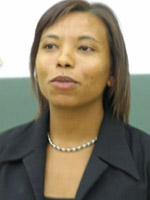 Dr. Scarlett Cornelissen is an Associate Professor in the Department of Political Science, and Interim Director of the Centre for Chinese Studies at Stellenbosch University, South Africa. She holds a PhD (Urban Studies) from the University of Glasgow (UK); a Master’s degree (International Studies; Cum Laude) from Stellenbosch University; and a BSocSci from the University of Cape Town. In 2009 she was named a recipient of the National Research Foundation of South Africa’s Presidential Award.  In 2007 she was selected for a research award from the International Olympic Committee, the first African recipient of the award since its inception. Scarlett is the author of one book (The Global Tourism System: Governance, Development and Lessons from South Africa, Ashgate, 2005) and has co-edited three others. She is regional editor for Africa of the international journal, Leisure Studies. She is currently working on three book projects on various aspects of African international relations, politics and society. 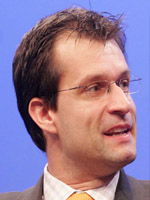 Prof. Holger Preuss is Professor of Sport Economics and Sport Sociology at the Johannes Gutenberg-University in Mainz, Germany and for Event Management at the Molde University College, Norway. He studied sport science and economics in Göttingen and taught at the German Sport University in Cologne and the University of Frankfurt. He was visiting professor (2005-2008) at the “School of Management” at the Beijing Sport University and is international scholar at the State University of New York (Suny, Cortland) since 2006. His research focuses on the management and economic impacts of mega sport events, especially the economic implications of hosting the Olympic Games from Munich 1972 to Salt Lake City 2002. He has written many articles and most recently the book The Impact and Evaluation of Major Sporting Events. 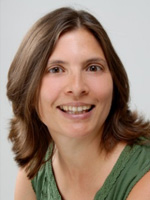 Dr. Kamilla Swart is an Associate Professor in the Faculty of Business and heads the Centre for Tourism Research in Africa, Cape Peninsula University of Technology (from 2003). Her research interests include sport and event tourism, with a specific focus on the 2010 FIFA World Cup™ and event policies, strategies and evaluations. Kamilla has been invited to participate in various 2010 initiatives, including the HSRC 2010 research project, the 2010 GCIS Communication Partnership and the Western Cape Tourism partnership 2010 Sub-committee. Kamilla currently serves as a Project Manager for a university-led research consortium to undertake contract research for Cape Town Routes Unlimited, in addition to managing the event evaluation and delegate tracking components of this research programme (2006/7-2008/9). She supervises Masters and Doctoral students and lectures on tourism development and the management of events. 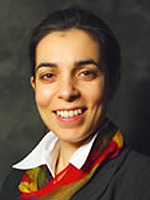 Dr. Eleni Theodoraki is Director of the Edinburgh Institute for Festival and Event Management where she overseas a range of research and continuing professional development programmes and Reader in Festival and Event Management at Edinburgh Napier University’s Business School. She is visiting staff at Lumsa University in Rome, Université Claude Bernard Lyon 1 in France and Member of the Vancouver 2010 Olympic Games Impacts Expert Resource Group. She is author of ‘Olympic Event Organisation’ published in 2007 by Elsevier and has worked for the London 2012 Olympic Games Bid Committee and Athens 2004 Olympic Games Organising Committee on Olympic education and strategic planning and development issues, respectively. Other commissioned / funded work was undertaken for the Arad League Development Organisation on senior event managers’ training needs, the Edinburgh Festival Theatres Trust on organisational growth, the International Olympic Committee on the role of women in management, the British Academy on sport development overseas, and East Potential on the impacts of the London Olympic Games preparations on social housing. In 2001 she received the International Year of Volunteers IOC Diploma for her contribution to the development of sport and Olympism. Numerous PhD studies have involved her supervision in the following ares: Civil rights and the London 2012 Olympic Games; Marketing of the Edinburgh Fringe; Sporting impacts of the 2008 Beijing Olympic Games; Evolution of Modern Olympism and Olympic Values; Structural configurations of the Sydney Olympic Games Organising Committee; Olympic solidarity: global order and the diffusion of modern sport between 1961 to 1980. 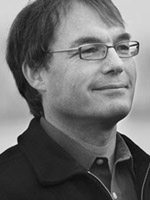 Dr. Rob VanWynsberghe is conducting two studies on the social, environmental and economic impacts of 2010 Vancouver and Whistler Olympic Games on the lower mainland community. The intention of this research is to examine mega-events and how these can be leveraged to maximize their benefits (e.g., capacity building and training). In addition, he is conducting action research on inter-institutional and transdisciplinary collaborations in the classroom. The purpose is to develop sustainability programming. He has recently completed a study on tobacco taxation in First Nations and Inuit communities in BC and Canada. This research scopes out the challenges and benefits of tobacco taxation to health promotion programs that support healthy Aboriginal communities. Dr. VanWynsberghe is actively researching the definitions and uses of case studies and the creation of a cross-case analysis database. The purpose is to extend the utility of case studies by providing the means for their being compared and contrasted with other case studies.