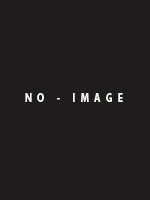 Carl joined the Department of International Politics, Aberystwyth University (UK) in September 2009, after teaching African politics and development in the School of Law and Government, Dublin City University (Ireland). He has conducted research in South Africa, Tanzania and New York, and has held visiting researcher positions at the Wits Institute for Social and Economic Research (WISER) at the University of the Witwatersrand in Johannesburg, and the Centre for Civil Society (CCS) at the Universityof KwaZulu-Natal in Durban. His research has been primarily located at the intersection of three fields: African politics and development (particularly post-apartheid South Africa), environmental politics and sustainable development (for example at mega-events such as the FIFA 2010 World Cup), and Foucauldian governmentality studies. 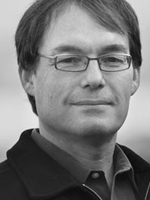 Rob VanWynsberghe is an Assistant Professor in the Department of Educational Studies at the University of British Columbia in Vancouver, Canada. My research expertise is in sustainability and the related areas of social movements and capacity building. Research questions include: How can catalytic interventions, such as mega-events, impact local communities? What curricula and pedagogy foster learning about and contributing to social movements? Current research projects include a study of the impacts of the 2010 Winter Olympic Games with a specific interest in social leveraging and planned legacies. In addition, I am conducting action research on classroom features in sustainability programming. I have most recently published in Cities, International Journal of Urban and Regional Research, Canadian Journal of Education, and International Journal of Qualitative Methods. For more details, or to contact me, see my personal website.

Guy Masterman is Chair of the Academy of Sport & Physical Activity, Sheffield Hallam University, UK. He was previously at the universities of Northumbria and Leeds Met in the UK and New York University. Prior to moving into Higher Education in 2000, he worked in the sports and events industries for over 25 years, the last 15 of which were spent as an independent consultant. Early in his career he was an international racquetball player and was involved in the development of that sport in the UK and internationally. He has previously worked for Fulham FC and World Championship Tennis Inc. His consultancy clients have included Coca-Cola, Pepsi, Nabisco, Capital Radio Group, Chelsea FC, Leeds United FC, Team Scotland, WCT Inc. and international governing bodies such as the ATP Tour, the International Yacht Racing Union and the International Stoke Mandeville Wheelchair Sports Federation. He has worked extensively for charity groups such as Muscular Dystrophy, Scope and Sparks and with sports stars Seb Coe, Jody Scheckter, Steve Backley and Lennox Lewis. His event work and involvement extends across all sectors of the industry and includes Euro ’96, World Games, Coca-Cola Music Festival, Pepsi Extravaganza, Nabisco Masters Doubles and the promotion of concerts for Ray Charles, Santana, BB King, James Brown and Tony Bennett. He has promoted events in the Royal Albert Hall, the Royal Festival Hall, Earls Court, Wembley, Wembley Arena, Hammersmith Apollo and the Oval in London. Guy is in demand to speak on a global basis and has recently conducted engagements in St Petersburg, Rio de Janeiro, Madrid, Beijing, Sochi and Toronto. He was previously a board director of the English Institute of Sport (Sheffield) and the Amateur Boxing Association and is currently a director at North Yorkshire Sport, Sheffield Sport and LEP. He contributes regularly to conference scientific committees, research publication editorial boards and is a reviewer for several publishing houses. Since 2008 he has been International Professor at two prestigious Chinese institutions, Shanghai University of Sport and Central University of Finance & Economics, Beijing and he acts as an advisor with the Russian International Olympic University (Moscow/Sochi). His research focuses on strategic event planning and legacies, sports marketing and communications and in particular sponsorship. He has authored a number of book chapters, papers and articles and 4 books:

Dr Lynn Minnaert is a Tourism and Events Lecturer at the University of Surrey. Her research interest is the social sustainability in the tourism and events industry, and the impacts of these two sectors on vulnerable groups in society. She was awarded a Postgraduate Research Grant by the International Olympic Committee in 2009 to study the non-infrastructural impacts of the Olympic Games from Atlanta 1996 to Beijing 2008 on socially excluded people in the host community. She is currently researching the efforts of London 2012 in the areas of inclusive volunteering and employment generation.

Dr. Rosentraub has been studying and writing about the economics of sports and the linkage between sports, amenities, and urban and economic development for more than 30 years. He has written or co-authored four different books and more than 30 academic articles and book chapters on different aspects of sports, tourism, amenities, and local economic development. Sports Finance and Management: Real Estate, Entertainment and the Remaking of the Business (CRC Press/Taylor & Francis, 2011) is his latest book. In this volume Professor Rosentraub explores the dramatic changes in the sports business landscape and the implications and opportunities for cities, teams, and the sports business professionals. Dr. Rosentraub’s Major League Winners: Using Sports and Cultural Centers as Tools for Economic Development was published in 2010 and explains the theory behind the efforts of several communities to use these amenities in the competition to attract and retain human capital for economic development. The case study communities have been able to turn public investments in sports and cultural facilities into strategic investments. Major League Losers: The Real Cost of Sports and Who’s Paying For It appeared in 1997 and The Economics of Sports: An International Perspective with two other colleagues was published in 2004. Dr. Rosentraub has published almost 100 academic articles and book chapters. Dr. Rosentraub’s professional work has not been limited to academic studies. He has helped numerous cities across North America frame redevelopment strategies involving sports and culture. He worked with the San Diego Padres and the City of San Diego in designing the Ballpark District that resulted in more than $2 billion of new real estate development. He has also advised two different mayors of Indianapolis across more than a decade on downtown redevelopment strategies. His has or is working with the Baltimore Orioles, Detroit Pistons, Indianapolis Colts, New York Mets, San Francisco Giants, the city of Edmonton (in their efforts to build a new arena with the Edmonton Oilers and redesign their downtown area), and the City of Hamilton, Ontario on participatory sport strategies and the use of sport facilities for downtown redevelopment. In the 1990s Professor Rosentraub helped the Mayor’s office in Los Angeles with its downtown redevelopment strategies involving the Staples Center and LALIVE. Dr. Rosentraub also advises The Children’s Museum of Indianapolis on its economic development programs and has consulted with the Indianapolis Motor Speedway Corporation. In 2003 the Cuyahoga County Commissioners appointed Dr. Rosentraub to the board of the Gateway Economic Redevelopment Corporation. “Gateway” is the public agency responsible for Progressive Field, home to the Cleveland Indians baseball team, and Quicken Loans Arena, home to the Cleveland Cavaliers basketball team. This is one of the largest public/private partnerships for sports in the US. Dr. Rosentraub helped rewrite the leases for both teams that avoided substantial financial problems for Cleveland and Cuyahoga County saving taxpayers more than $4 million each year. Dr. Rosentraub has been on the faculty of Indiana University (School of Public and Environmental Affairs) and served as dean and professor at the Levin College of Urban Affairs at Cleveland State University from 2001 through 2009 (dean through 2007). In 2009 Dr. Rosentraub became the University of Michigan’s first holder of the Bruce and Joan Bickner Endowed Chair in Sport Management in the School of Kinesiology where he focuses his research on amenities, sports, economic development, and urban design. Dr. Rosentraub has been a Lady Davis Fellow at the Hebrew University of Jerusalem and a visiting scholar at Humboldt University and the Free University in Berlin, Germany. In 2012 he will be a visiting scholar at Griffith University, Brisbane, Australia. He has given guest lectures at numerous universities across the United State and Canada.

Dr. Andrew Smith is a Senior Lecturer in the School of Architecture and the Built Environment at the University of Westminster. Andrew has a significant track record in academic research concerning the strategic use of sport events by host cities. He has published several articles on this theme in geographical and tourism journals and he recently led an evaluation of London’s Olympic legacy planning commissioned by the Royal Institution of Chartered Surveyors. His work on mega-events mainly focuses on the regeneration, tourism and image dimensions. Andrew’s first book Events and Urban Regeneration will be published by Routledge in January 2012.

Dr. Ziakas is a lecturer in Sport Management at the European University Cyprus. He earned a Bachelor of Science in Physical Education/Sports Science from Aristotelian University of Thessaloniki, Greece, and a Master of Science in Recreation Management from Loughborough University, UK. He received his doctorate in Sport Management from the University of Texas at Austin, USA. Dr. Ziakas’ research interests focus on issues relating to sport and leisure policy with an emphasis on identifying the means for incorporating sport/leisure programs and events into sustainable development strategies. This line of inquiry has initiated the exploration of event portfolios as a means for multi-purpose development. Current research builds on that work by examining the synergies between sport and cultural events as well as their stakeholders. Related research has extended the scope by investigating the nexus of interrelations among sport, culture, heritage, social utility and tourism in order to enable the potential for leverage. Within this context, Dr. Ziakas’ research also investigates the emergence of sustainability in sport and tourism policies as well as in corporate social responsibility actions/programs of sport organizations. To crystallize the emerging context of this inter-disciplinary line of research and its implications for the sustainable management of pertinent organizations, Dr. Ziakas founded the Center for Sustainable Management of Tourism, Sport & Events (CESMATSE). Finally, his work has been published in peer reviewed journals such as Journal of Sport & Tourism, Journal of Policy Research in Tourism, Leisure & Events, International Journal of Event & Festival Management, Journal of Olympic History, Sport Management Review, Current Issues in Tourism, Event Management, and International Journal of Heritage Studies.